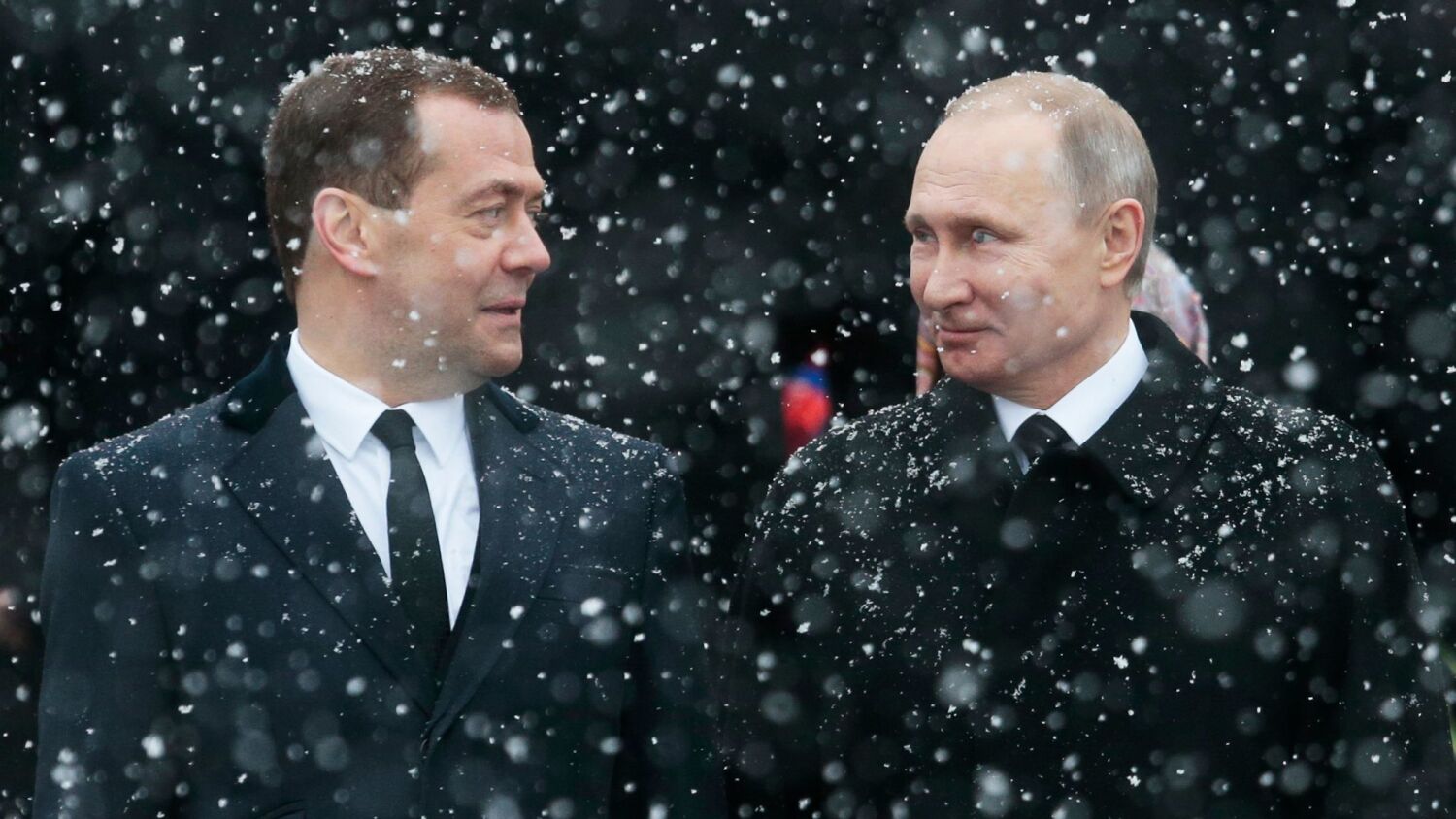 Russian Prime Minister Dmitry Medvedev and his government resigned Wednesday, just hours after President Vladimir Putin announced a proposal for sweeping constitutional changes that would give more powers to the parliament and possibly pave the way for the Kremlin leader to remain in power under a different role after his term ends.

Putin accepted Medvedev’s resignation, and appointed him to a newly created position: deputy head of the National Security Council, a move that appeared to be a demotion from prime minister. The council oversees the country’s security services.

Medvedev, 54, has been seen as a close Putin ally. He previously served as president from 2008 to 2012, during which time he appointed Putin as his prime minister. He became Putin’s prime minister in 2012.

Putin nominated the head of the federal tax service, Mikhail Mishustin, to replace Medvedev. The nomination will need to be approved by the parliament.

The government shakeup came just hours after Putin made his annual state-of-the-nation address to his Cabinet ministers, members of Russia’s parliament and regional leaders.

In that speech, Putin proposed changing the constitution to give parliament the right to name prime ministers and Cabinet members. Currently, the Russian president appoints the prime minister and his Cabinet, while the Duma, Russia’s parliament, votes on his appointees’ approval. He also proposed creating a State Council,

The Russian president would retain the ability to dismiss those positions under Putin’s proposed changes.

Putin said the changes to the constitution should be put to a national “popular vote.” If adopted, it would be a significant power shift, which he said would be “key to the progressive development of society.”

Putin, 67, has been in power for 20 years as either president or prime minister. His current six-year term ends in 2024, and there has been much speculation about what the former KGB officer has planned for Russia’s political future.

The Russian constitution restricts presidents to two consecutive terms, with which Putin said Wednesday he agreed. His statement put to rest rumors sparked last month during his annual marathon news conference when he suggested that the phrase in the constitution on serving two terms “in a row” could be changed.

With Wednesday’s proposal to change the constitution, Putin has launched the transition of power, said Alexey Makarkin, the deputy director of the Center for Political Technologies, a think tank in Moscow.

Putin’s announcement hinted that he might be setting the Russian political system up to allow him to find a new position of power, perhaps as prime minister again with someone else in a role of reduced presidential powers, Makarkin said.

“The Medvedev government was unpopular due to pension reform and a stagnant economy,” Makarkin said. “Putin has a calculation that the new government will become popular. It is possible that the new prime minister will be a candidate to succeed Putin as president.”

Regardless of who will be the next president, the new president will not have the full power that Putin now has, Makarkin said.

Putin’s power-shift proposal comes after a series of large anti-government protests this summer in Moscow and other cities. Demonstrators took to the streets to protest the Central Election Committee’s refusal to register opposition candidates in September’s regional elections, most notably in Moscow’s city council.

Police arrested and beat thousands of demonstrators. Russian courts later sentenced some 20 protesters to jail for mass rioting and other charges.

The protests showed growing frustrations in Russia over a lack of political expression and accusations of government corruption. Russia’s economy has stagnated under lower global oil prices and the impact of Western sanctions imposed after the Kremlin annexed Ukraine’s Crimean peninsula in 2014. Average Russians are feeling the economic pinch as inflation rises and real incomes decline.

“It looks very much like Putin is preparing to leave the presidency (whether that will take place in 2024 or even earlier), and is currently trying to create a safety mechanism for his successor in case of conflict,” Tatiana Stanovaya, an analyst and founder of the think tank R.Politik, wrote on her Facebook page. “At the same time, he is getting rid of Medvedev, who has become toxic for the elite and the population at large — this should make the transition period smoother.”

Ayres is a special correspondent.