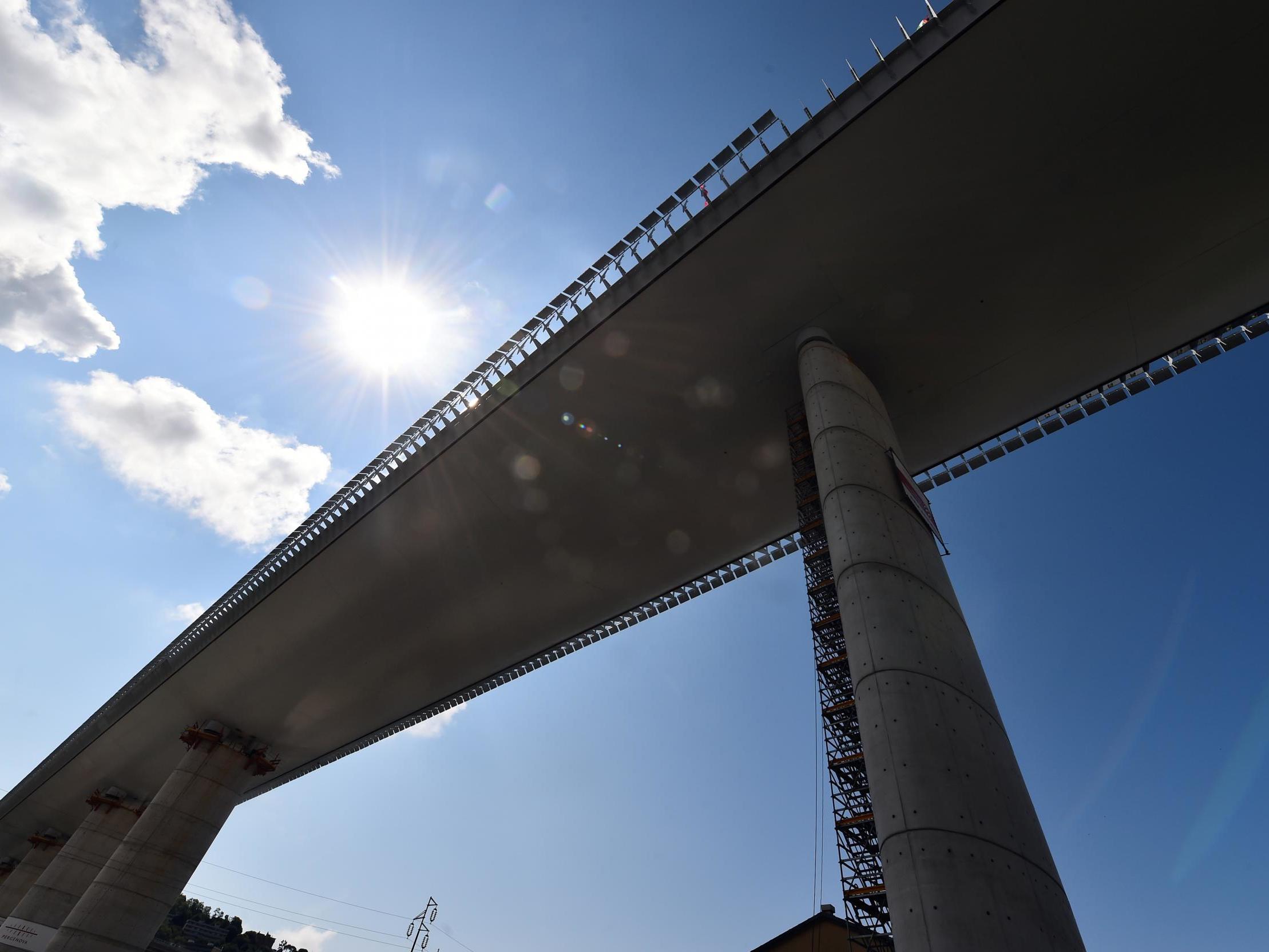 The new kilometre-long bridge, designed by star architect Renzo Piano, replaces the old motorway viaduct which broke apart on 14 August 2018 in one of Italy’s worst civil disasters in decades.

The accident laid bare years of mismanagement and poor maintenance and set off an acrimonious battle between the government and Atlantia’s Autostrade per l’Italia, the private concession holder controlled by the powerful Benetton family which ran the bridge.

Several former and current executives of Autostrade and transport ministry officials have been placed under investigation by prosecutors and after months of wrangling, Atlantia is set to lose control of its lucrative subsidiary.

For the mayor of Genoa and state-appointed commissioner for bridge reconstruction, Marco Bucci, the case is both an example of decades-long failures in Italy’s transport infrastructure and a demonstration of what the country is capable of accomplishing.

“There’s a feeling of both regret for what happened and pride in the work that’s been done,” he said. “We’ve worked and shown Italian excellence and demonstrated that it’s possible to do these things.”

For years, Italy’s economy has suffocated under a mix of poor governance made worse by corruption and a thicket of vested interests and bureaucracy that have stifled innovation and fostered the kind of neglect that led to the bridge disaster.

Genoa itself, surrounded by rugged hills that constrain road transport, has seen a motorway bypass project held up for decades.

With the coronavirus crisis still unfolding and billions of euros set to come to Italy from Europe’s newly agreed Recovery Fund, addressing such failures has gained a new urgency.

As well as the shocking human toll, the collapse of the Morandi bridge dealt a severe economic blow to Genoa, costing the city an estimated €6m (£5.4m) a day in lost revenues and additional costs, Mr Bucci said, as it interrupted freight traffic for months.

Under heavy pressure to address the neglect which caused the disaster, the government pushed through an emergency decree to sweep aside red tape.

Between demolishing the remainder of the old structure in February 2019 to opening the new bridge 18 months later, the speed of the project has been breakneck in a country with crumbling roads and tunnels and development plans gathering dust.

While the circumstances behind the bridge collapse were unique, a lot rides on repeating that momentum elsewhere.

As well as a sense of urgency and direction, trust and clear project goals, two things which have often been lacking in big infrastructure projects, were vital, said Roberto Carpaneto, head of RINA Consulting, part of Pergenova, the construction consortium led by Italian infrastructure groups Webuild (formerly Salini Impregilo) and Fincantieri.

“Being able to say what was going to happen, when and why allowed us to build this relation of trust,” he said.