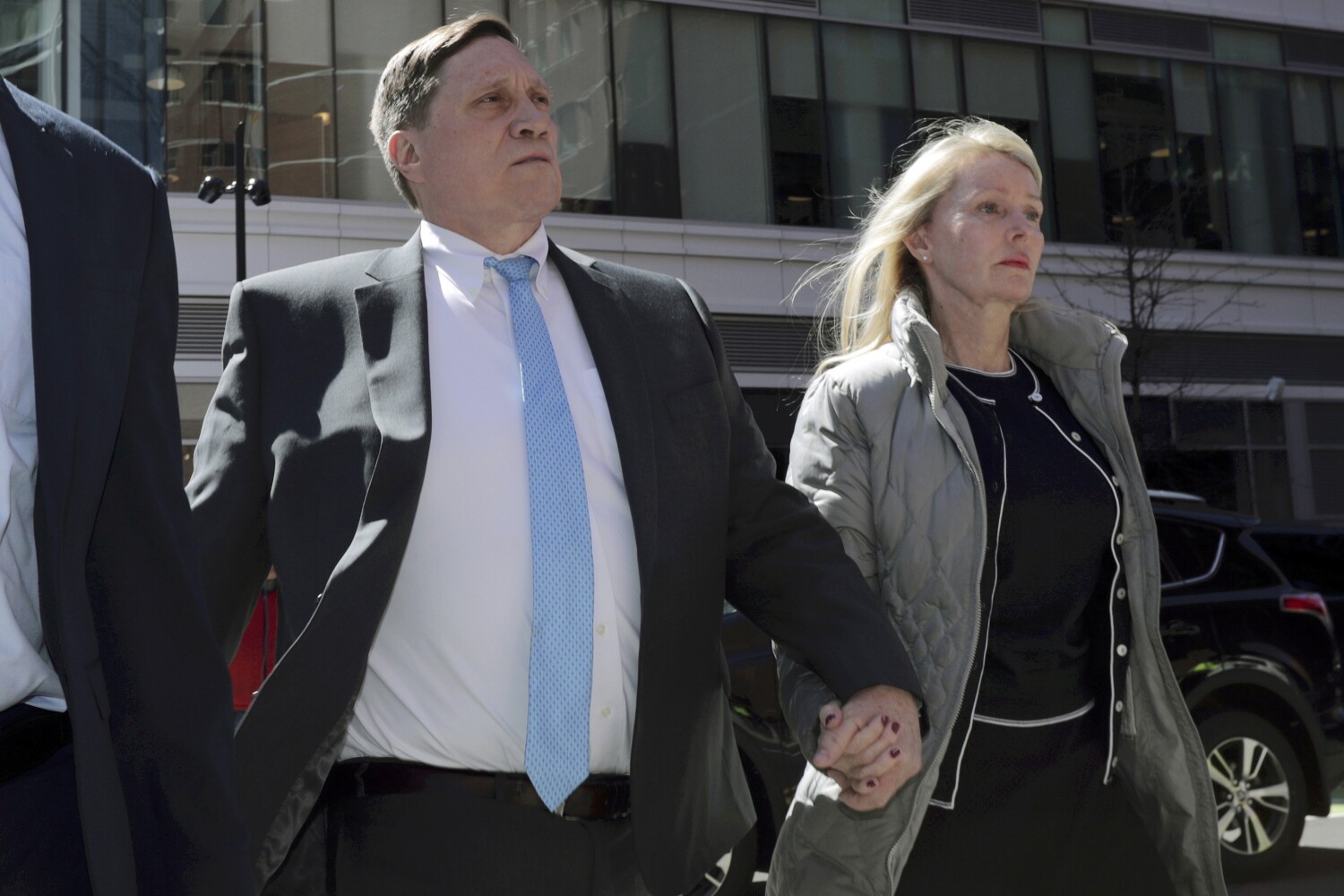 Already charged with resorting to fraud and bribery to get his son into USC, John Wilson was indicted Tuesday on a new count of tax fraud, deepening the Massachusetts financier’s legal troubles and suggesting prosecutors have opened a new line of attack to pressure parents who have resisted plea deals.

For help getting his son into college, Wilson paid $220,000 in 2013 to William “Rick” Singer, a Newport Beach college admissions consultant who has admitted orchestrating a decade-long scheme to defraud some of the country’s most elite universities through doctored exams, fake athletic credentials and bribes.

Prosecutors allege Wilson was aware that Singer would misrepresent his son’s athletic prowess and intended to bribe Jovan Vavic, USC’s water polo coach. Wilson’s attorneys say the financier’s son was a bona fide water polo player and that Singer had led him to believe the payment was a legitimate donation to USC.

Wilson has pleaded not guilty to conspiracy to commit fraud, bribery and money laundering, one of 15 parents who have maintained their innocence in the scandal. Prosecutors are trying to extradite a 16th parent who was arrested in Spain.

Seventeen parents have pleaded guilty to an array of fraud and money laundering charges. Vavic, fired by the university in March, has pleaded not guilty to conspiracy to commit racketeering, fraud and bribery.

Federal prosecutors in Massachusetts unsealed a new indictment Tuesday, alleging Wilson committed tax fraud when he wrote off the payments in 2014. The day after his son was admitted to USC as a water polo recruit, Wilson emailed Singer, thanked him for “making this happen” and asked if he could bill him for “consulting or whatever” so he could pay with a corporate account, the indictment says.

“Yes we can send you an invoice for business consulting fees and you may write off as an expense,” Singer wrote.

Wilson’s reply, according to an affidavit filed in federal court: “Awesome!”

Singer’s accountant, Steven Masera, emailed an invoice to an employee at Wilson’s firm, Hyannis Port Capital, requesting $20,000 be paid to Singer for a “professional development program” and $100,000 to Singer’s for-profit counseling company for “business consulting.” Masera also attached a letter thanking Wilson for a $100,000 contribution to Singer’s purported charity.

Once Wilson’s firm wired the $220,000, the indictment says, Singer sent Vavic a $100,000 cashier’s check, made out to the USC men’s water polo program. Wilson wrote off the payments as charitable donations and business expenses on his 2014 tax returns, underreporting his taxable income, prosecutors allege. Wilson’s attorney didn’t respond to a request for comment. Masera has pleaded guilty to conspiracy to commit racketeering and is cooperating with the government.

Wilson pursued a similar deal in 2018 for his twin daughters, whom he hoped to see matriculate at Stanford or Harvard, prosecutors say. Pressed by Singer — who by that point was cooperating with the government — to commit $1.2 million, Wilson’s firm wired $500,000 to Singer’s foundation in October 2018, the indictment says.

“It’s a $500k donation I am going to make this year,” Wilson wrote to his assistant in an email, according to the indictment. “Tax write off and help getting into colleges.”

Several of Singer’s clients deducted similar payments from their tax bills, according to charging documents filed in the case. Elisabeth Kimmel, charged with conspiring to have her children admitted to Georgetown and USC as phony athletes, wrote off $275,000 that her family’s charity paid to Singer’s foundation, according to an affidavit filed in federal court. The wife of Homayoun Zadeh, a dentistry professor, asked Singer to furnish them with a tax receipt for a $25,000 donation, the affidavit says.

Zadeh has been charged with conspiring to commit fraud, bribery and money laundering to have his daughter admitted to USC — where he chaired the periodontology department — as a fake lacrosse player. Kimmel and Zadeh have pleaded not guilty.